I slept for about 8 hours on an 11 hour flight and I’ll never fly without those Bose QC20 noise-cancelling headphones again. I realise now the constant drone in the cabin is the reason so many people are so exhausted after a long-haul flight – it’s so loud.

Amazing co-incidence to have Jo Baylis from Micheal Park School, her husband and their two youngest girls in the seat behind me. They were flying on to New York to pick up a 1987 Chevrolet Sedan they bought on eBay: driving it across the States to LA and shipping it home – cool.
I asked at San Francisco Airport Information if there was free wifi and realised, as I was saying it, that Silicon Valley is just down the road – well, of course there’s free wifi at the airport.
I’m was in SF airport for four hours waiting for my connecting flight to Portland because someone suggested I leave plenty of time for immigration and security, I even changed my ticket fearing 2 hours would not be enough, but it was unnecessary, I whisked through, got my passport stamped and picked up my bag in 20 minutes. I had enough time to take a ride on the free BART train around the airport, and was even thinking of going into city. You can see the BART trains on their raised monorail tracks slipping in and out of the terminal. It’s was a beautiful clear day with just a touch of chill in the air. Later I flew to old Stumptown – Portland, Oregon. 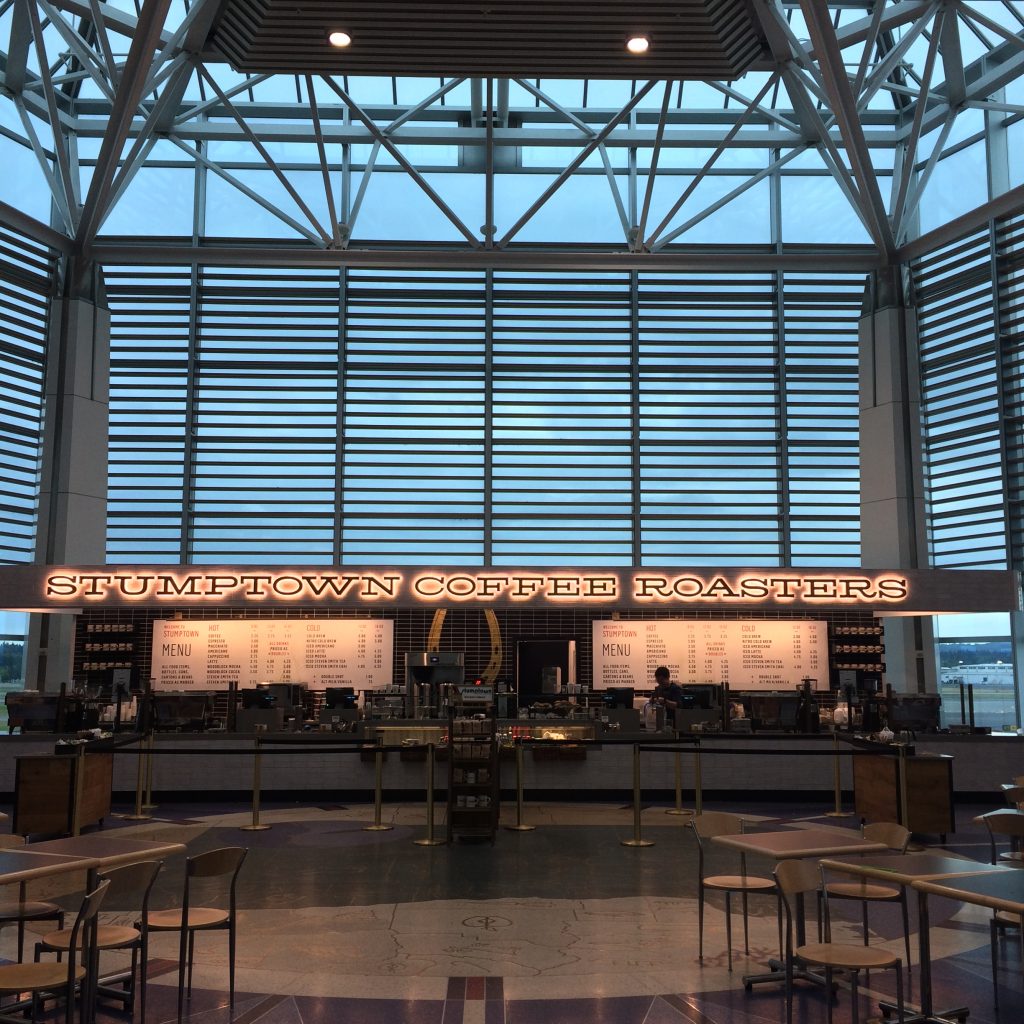 2 thoughts on “Auckland to San Francisco”