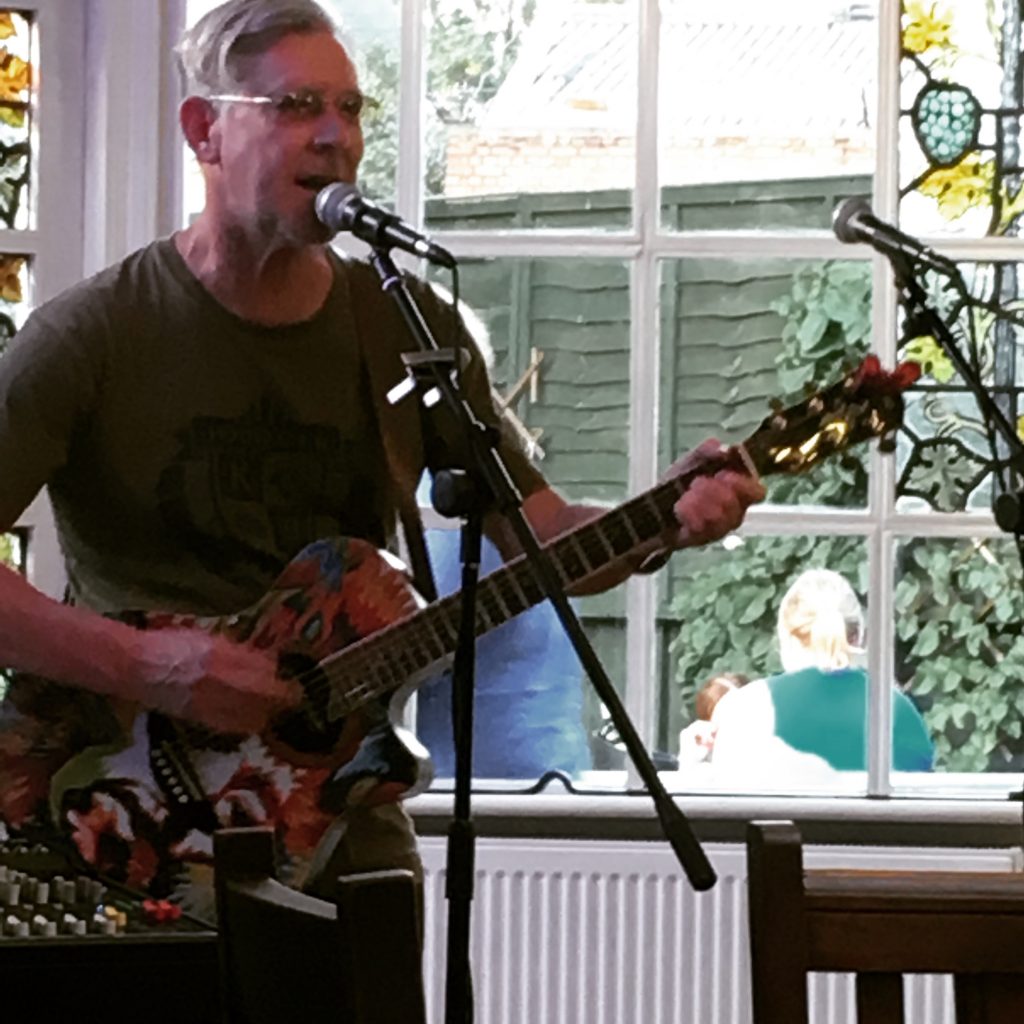 It’s an odd feeling sitting in a cafe looking out on Haddington Place in Central Edinburgh writing about Brixton because it’s feels so far away now. The crowds, the heat, the diversity, and so many people just milling about and hanging out on the streets. It was so hot you’d perspire just walking down the street – I like this warmth, actually. In Brixton it’s like being in another country  – and I know there are racial problems but the more amazing thing is the tolerance and acceptance, at least on a surface level.

Twenty years ago, apart from the crusty white guys with dogs on a string (but not as many of those these days), it was mainly Rastas, and they’re still selling racks of clothes with images of Bob Marley outside the Rec Centre in the market but now there seems to be so many more Africans, and everywhere, women in headscarfs. I needed to post home a package of clothes to lighten my load and the Jamaican people in the Post Office recognised me as if I was an old friend when I came back a few days later with my second parcel, they were so happy to talk about anything, chatting away while six people stood in the line waiting. Everyone seems to enjoy the energy of a life and a world full of people – and it seems to work, but personally I find it a little exhausting and was grateful to have the quiet haven of Leo’s flat. People say that Brixton has been gentrified but parts of it, especially in the area around the railway arches are still as dirty, smelly and rundown as it ever was. Coldharbour Lane has certainly been left behind but when I walked around some back streets of Brixton and Camberwell suddenly it changes and I think it would be a very nice place to live with the parks and trees everywhere. There have been all kinds of initiatives; a pony club stable has been created right in the middle of the housing estates – it looks new and well organised, there’s sign saying it has been funded by the lotteries commission. There’s also plots with co-operative vegetable gardens with sculpture and artwork. Leo and a friend have a commission to paint a mural on the side of a railway bridge. There is not only murals everywhere but in underpasses that used to be smelly dank places for drunks to sleep are now ceramic sculpture plaques fixed to the walls and good lighting. Leo managed to get his motorbike going, a 600cc Yamaha that had been unridden for 6 months because of some fault he couldn’t figure out – turns out was a tiny problem with a wire connection, and that night the two of us roared off to a venue in East Dulich called The Cherry Tree so I could play music. It was so nice riding around in the warm air with my guitar on my back. I met up with Allan Evans again and we were able to listen to each other play our original songs. I got to play two sets and I joined Allan singing an old Louis Jordan song we used to play together that I haven’t sang in years – Is You Is Or Is You Ain’t My Baby. I’m getting a much more positive response to my music than I ever did in Auckland – people seem to be genuinely enthusiastic. It’s so interesting hearing grown men standing around talking about music and arguing the finer points and trivial issues about which album from an artist was better– it made me realise that I’m not alone, people in Britain are really serious about music – it’s important! I decided to fly British Airways from Heathrow to Edinburgh. It’s only a few pounds more expensive than the other airlines like Easyjet that actually end up costing the same because they charge much more for checked luggage. I’d say most people these days travel with cabin luggage only and some actually carry two large pieces – much more than what is advertised on the websites and around the terminal.  The regulation allowance is ONE piece of cabin luggage and ONE personal item like a handbag or a laptop satchel –  but no way, generally it’s one big piece of cabin luggage and one full backpack. Some people carry two pieces of full size cabin luggage.

It’s been said before but it needs to be said again, getting to Heathrow is cheap, fast and reliable on the Underground and I wish Auckland Council and the Government had the collective vision to stop faffing around build a smart new fast train link from Auckland Airport to Britomart – it’s essential in big any city. Instead, we’re always stuck in traffic or crawling along with trucks around industrial areas of South Auckland – it’s pathetic.  I have heard a rumour that a big part of the problem is that the trucking companies are big funders of the National Party and believe rail would undermine their dominance in the transport business. This is selfish thinking and a Governmnet or Council needs to rise above private business interests and have the guts to serve the needs of everyone, because so many people are travelling by air to and from New Zealand and they want to get to the airport on time without having to worry whether the motorway will be blocked, again. Terminal 5 at Heathrow is state-of-the-art terminal design. There is nothing to confuse anyone – plain signage, no advertising, no clutter, clear instructions and directions, and a layout that leads you where you need to go – brilliant design. The other airport I found good was Frankfurt which is beyond enormous – I must have walked 2 km in a big curve to contect between my flights. I have been trying to load more images to this post all morning but the wifi is very slow here at the hostel and I really need to get out and about  now so will add more pics later. Also, sorry about the bad grammar, poor sentance contaruction and random syntax, was rushing, (Anne, please, I need you to proof read and sub edit).

For about six years I lived in a tiny flat 50 metres from Portobello Road in Notting Hill. It was the upper floor flat of an Edwardian building on Colville Terrace and the massive Saturday market was a highlight of my week, and yesterday I literally strolled down memory lane. Portobello Market was always a good place to meet new people and yesterday I had the some very interesting encounters. I was carrying a large pack because I had come directly from the Isle of Wight and wanted to find a place to stash it while I could mooch around. It was 11am and was getting up to 26º as I walked through the antique section at the upper part of the market – in so many ways it seemed the same as ever.

It was time to have something to eat so I and stopped at The Duke of Wellington, the closest pub to my old flat and once my local. They weren’t prepared to take care of my pack, so after a BLT and a coffee I continued on. I couldn’t believe my favourite crumbed German barbecued chicken was still there 20 years later. All the boutique shops had changed and many of the fruit and veg barrows had become nick-nack stalls. I continued under the Westway to Bonchurch Road where an old friend from back in the day used to lived – he may still live there, so I knocked on his door and a young woman opened it saying she’d never heard of Malcolm Jamieson but it wasn’t her flat because she was just looking after it. I left and was about to try the place next door and she opened a window and called out, ‘Are you a New Zealander?’ 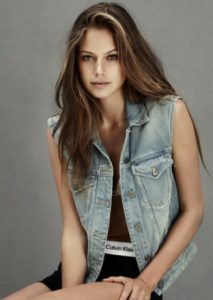 It turned out she was from Palmerston North and went to PN Girls High and her brother who was visiting had been to Boys High, my old school  – amazing coincidence. They made me feel so welcome, were interested in my family and travels and there was plenty of Palmy talk too, of course. They were just about to head back to her flat nearby and she offered to let me leave my pack there. Sam and Jessica Clarke and I walked along Ladbroke Grove and it occurred to me this tall young woman must be a model. I was right and she’d lived in New York for 4 years previously and apart from being 5′ 11″ she had a very special feature – she was a blue-eyed Maori. She asked me what my favourite place in the world was, hers was some little place in New Zealand but it was noisy and busy on the street so I didn’t hear. Sam is a TVNZ newsreader and Jessica’s partner is the drummer for The Darkness, the son of Roger Taylor, the drummer of Queen – I had stumbled into the world of British rock royalty – definitely not the time to ask for a selfie. Later, I did find a picture of her on Instagram (she uses ‘Roimata’ if you’re interested).

I walked the market and saw an enormous drum kit in the UKAI bar, and said, ‘That’s a big kit for a small bar’ – and a tattooed bare- chested guy said ‘All they need is a couple of timbali’, I replied ‘and a gong’. Again the Kiwi accent was detected and he introduced himself as, ‘A skinhead from Auckland punk days, been here 26 years, mate’, and he was still hanging around Portobello Market drinking pints in the sun calling out to women passing by. We talked about music, he said London never really recovered from the 2005 recession, he gave me a sweaty hug and called me a ‘brother’. It took another hour to get back up Portobello Road taking all the side streets on the way – it was all so familiar. Then it was back to Brixton and dinner with Leo.