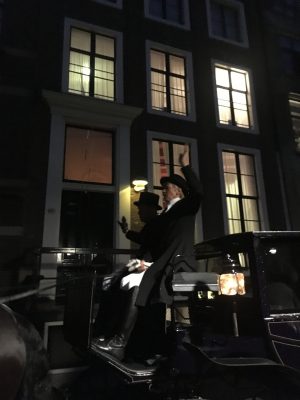 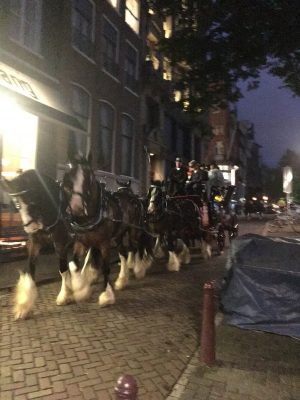 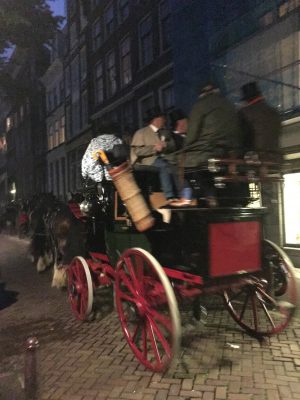 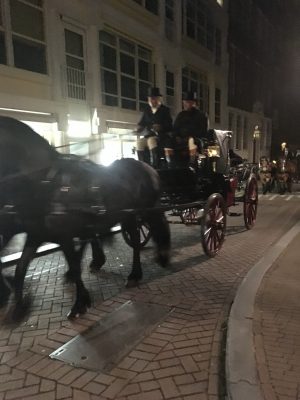 A taste of the old Amsterdam last night when about forty horse-drawn carriages did their annual trot around the old town. Big, beautiful horses of every breed went past me in a parade of rolling antiques. From the sound all the horses were well-shod and looked well-groomed too and many with their manes plaitted, and the occupants were dressed in period clothes. It’s Saturday night and people are out eating in restaurants alongside the canal all cheering them on. The carriages are originals with examples from every period; heavy cart horses pulling heavy carriages, others pulling passenger coaches, light four-wheeled open rigs and lighter two wheeled traps or hansom cabs with a single horse. I thought it was a bit surreal with so many coming through one afer the other. I had been in Amsterdam for 5 days this was my last evening. I had spent so much time absorping all the amazing history of this place, and now I could really get a full sense of what it was like. Back in the day all the horse droppings were swept into the canals and of course the smell became a problem – probably everything got thrown in the canal, it was probably a big open sewer. Not now, it’s safe to swim in it, apparently, more than you can say about New Zealand rivers.

I tried to take photos but the iPhone has its limitations with it’s auto-light metering and everything looks too dark or too light, nevertheless I snapped away not quite sure if I should make more effort to capture them, perhaps try to find a better spot with some decent backlight – but instead I decided to just enjoy the moment – sorry the pics aren’t better. Enjoying the moment is something I’m getting used to – there are so many –everyday is full of wonderful new experiences.

Suddenly they all came to halt and I chatted with some drivers. Two gentlemen probably about my age and  I asked whether all theses rigs were from within Holland, they said many were from Amsterdam with the carriages stored in the central city and some others were from Germany and Belgium. I think this collection of carriages would be priceless and the magnificent horses would be worth a lot too.
It’s also another reminder of how much wealth has passed through this city – and how much of it reamins. The key moment that made Holland flourish was throwing out the Catholics – yes, I’ve the paintings with monks put on boats and asked to go. The merchant burghers of the city wanted a progressive regime and the catholics are regressive – they hold back new thinking, for this alone I admire the Dutch.

Sanders, my bike tour guide from the previous day said the same thing but more bluntly than others, ‘we successfully pillaged the world for about 300 years from about 1600 to 1800’. 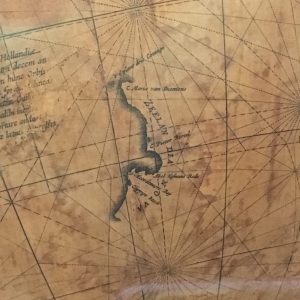 The Dutch were the most powerful traders on the globe with thousands of ships build in their massive ship yards going to every corner of the globe. Abel Tasman charting one section of coast of New Zealand. I even found the reference on an original globe in the Rijksmuseum. I’m not sure what section of coast that is – Banks Peninsula?

When it comes to making dykes, canals and dams the Dutch are the world’s leading engineers. What’s been created here is undoudtedly one of the nicest cities in the world for strolling and biking around, and I love biking. 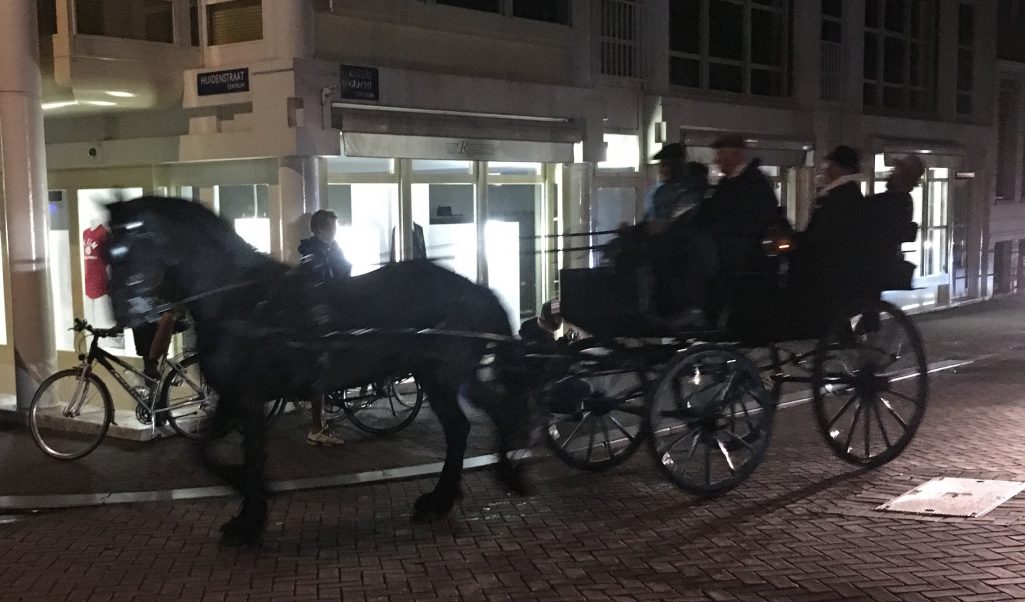 In Amsterdam the bike has absolute priority and it’s all enshrined in various laws – and it’s so much fun. There’s trams, bikes, pedestrians, cars, scooters all swerving around one another and happily co-existing in the same space. Surprisingly, there’s a very low rate of injury – it seems to works; people smile, call out, ring their bells and are so considerate. The locals who know exacly where they are going race along and shout out to you if you’re not over on the left. I found myself walking in bike lanes all the time and nearly run down a number of times. They say they hope to eliminate motor vehicles from the city completely one day. 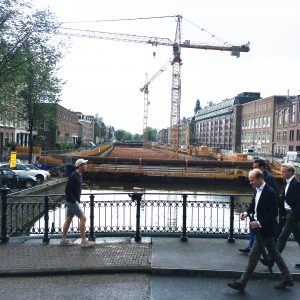 I have added a pic that may not be clear but it shows a new project where they have blocked a 100 metre section of the canal, dug down to create three levels of parking for bikes and cars, and will rebuild the canal again on top – amazing.
Kerkstaat was the street where my hostel was and it was the first place name I tried to memorise, the second was Keizersgracht where the tram stops, the other is Prinsengracht nearby with the Anne Frank Haus and loads of other beautiful shops and restaurants with homes looking out on the canal.
Sorry if this blog is full of typos I need to get on and no time to proof read – will fix later.