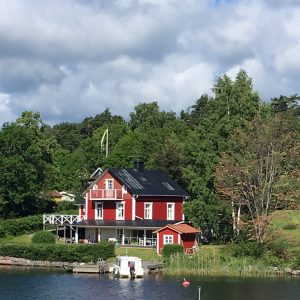 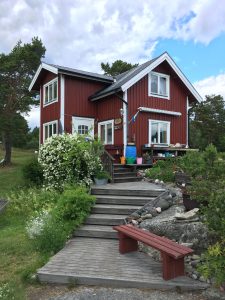 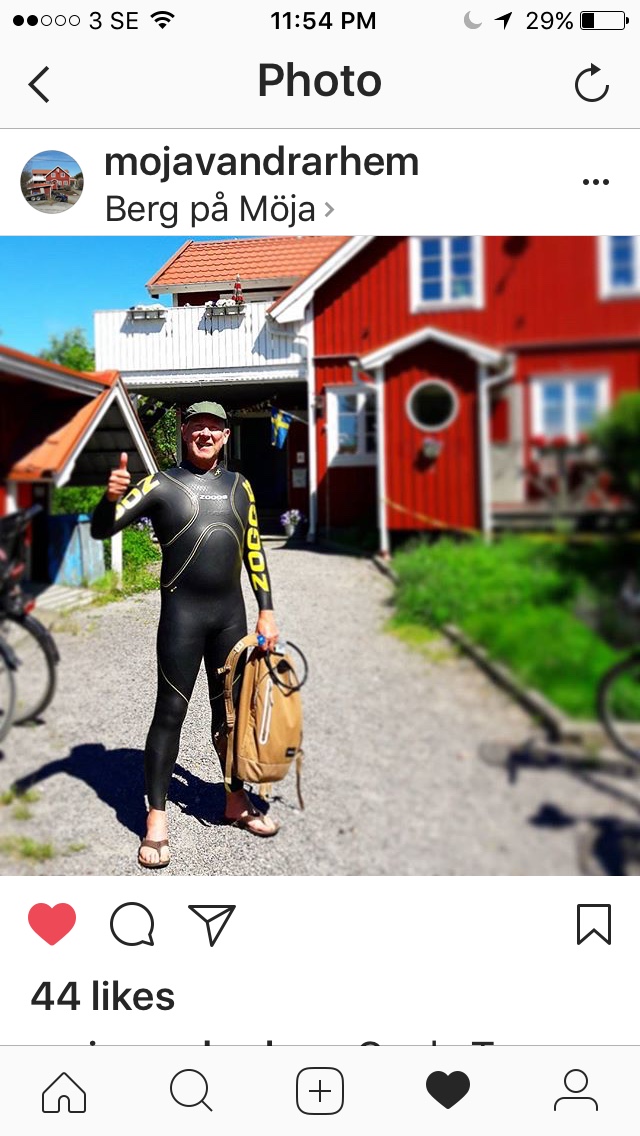 My brother, Geoff, said New Zealanders have three ways to describe water temperature when taking a swim; “Bloody freezing, nice once you’re in, and beautiful”. It’s so true and today I’m feeling pretty proud, I swam in the Baltic Sea in the Swedish archipelago off the sland of Moja for a good 20 minutes out about 500 metres, in beautiful sunshine, which helps. Bloody freezing, but ok once you’re in. 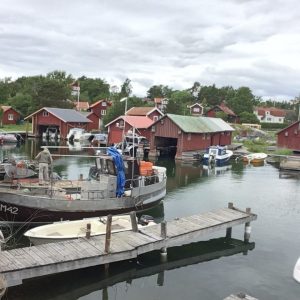 Moja is at latitude 59.4º N, that’s closer to the North Pole than the Orkney Islands above Scotland at 58º N, and to give some perspective, London is at 51º.

In 3 days I’m swimming in Vansbro, a river swim, and I wanted to check if I could swim in really cold water, and I think I can, it was 14º in the water, which is not too bad.

The Vansbrosimningin that I’m all booked and paid up for, it cost $150 actually, (but they give you a meal that the end), is 2 km downstream then 1 km upstream. There’s a board walk along the river edge, so I guess if it gets unbearable I’ll just get out. The tri-ath wetsuit I have barely lets any water in which helps too.

I stayed just one night in Moja, I chose it because some Swedish people on a plane suggested it. A 4 hour ferry ride north from Stockholm and a spectacular journey – so many beautiful houses along the shore.

The ferry stops at numerous islands very briefly to load and unload passengers. They use the front of the boat, it’s really quite clever, there’s no mooring ropes, they just bump the boat up to the jetty and pause there for a few minutes, roll a gantry out and in, then zoom off to the next island.

On the journey I saw a young Swedish family; mum, dad and the kids take their morning nude swim from their jetty – the Swedes live a good life I think. 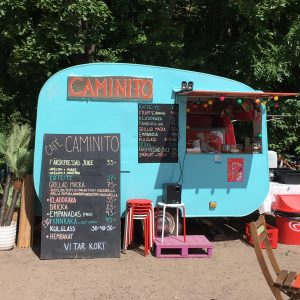 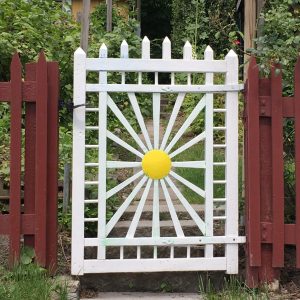 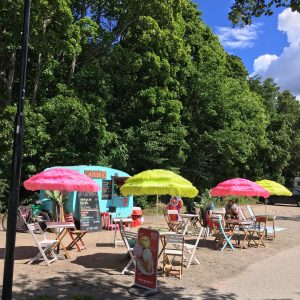 The day before I took a bike ride all the way around Sodermalm Island, one of the main islands of Stockholm. It took about 2 hours and people were all out in the sun – there’s even a small beach and the cutest caravan cafe I’ve ever seen.