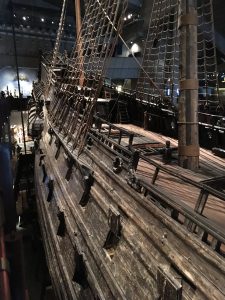 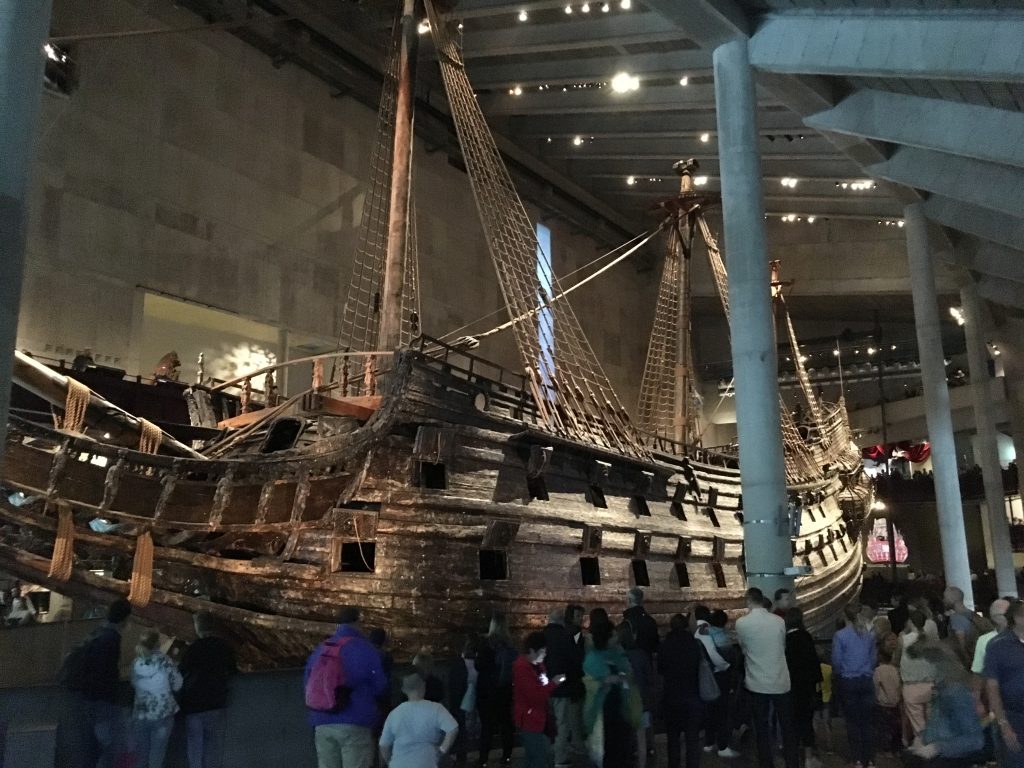 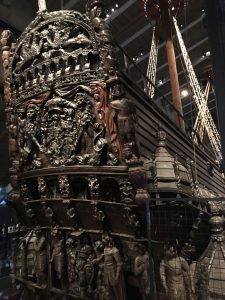 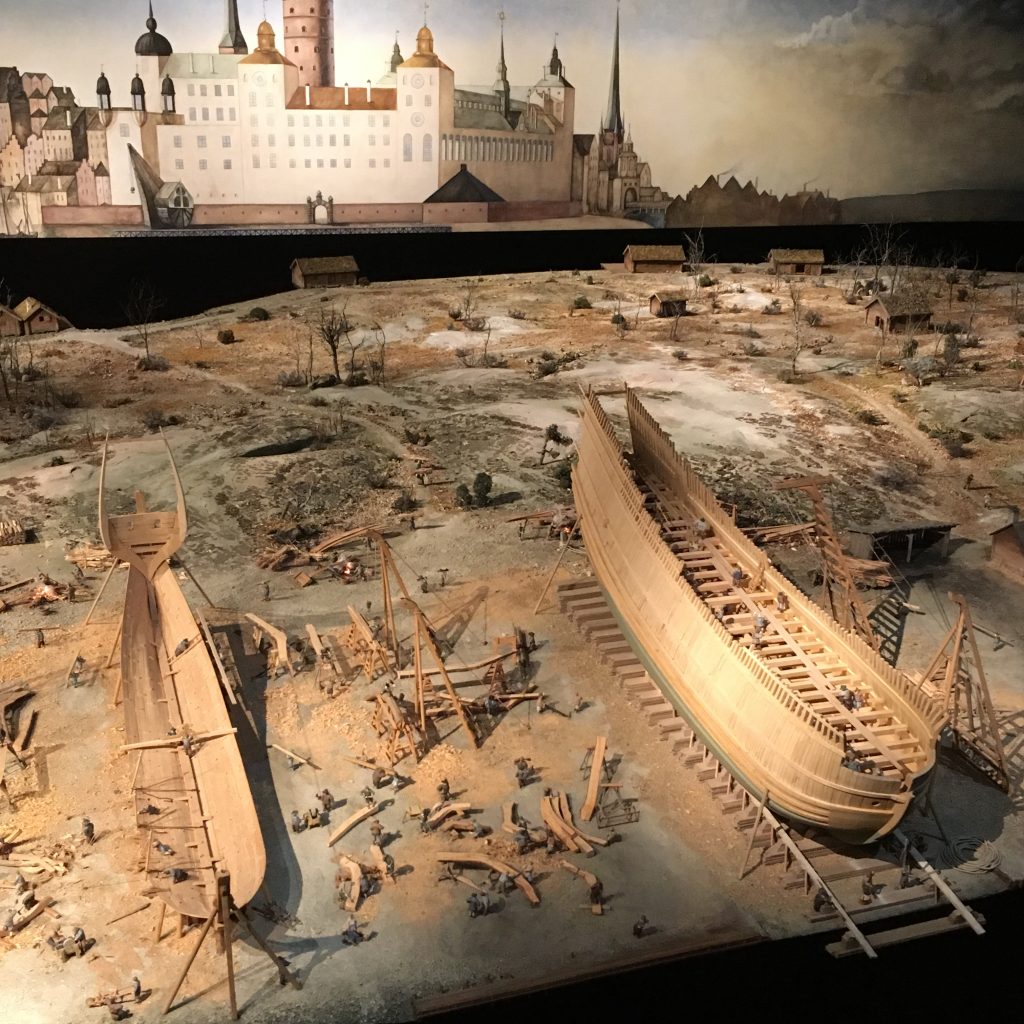 I’m here for a week and I love the place – it’s what all hostels should be. So pleased I picked it on Booking.com many months ago. After you check in at reception a person shows you around and explains the way things work; there’s a no-shoes-policy in the living areas, they give you fresh white linen, the mattresses are new, each bed has two plug sockets and a funky working light with an LED bulb, in the kitchen there’s a bank of fridges, every room has been allocated it’s own fridge.  Access is electronic keypad entry and the outside door code changes everyday. It’s all so well organised, all the fittings are quality, nothing has been done on the cheap, maintenance people along with cleaning staff are on site, and standards are kept high. There are no signs everywhere – the decorative items are carefully chosen and I’d say quite expensive. The central courtyard has live music some nights and a restaurant does subsidised meals for $15. I’ve had the same traditional Swedish meatballs for three nights running now.
The staff are helpful and enthusiastic, one of them helped me decide that I should fly from Stockholm to Amsterdam. I was planning to go overland by rail but the costs and the number of changes and connections I’d have to make would be a mission. I thought there would be just one train all the way – but no, and it’s so much cheaper so I’ve booked the flight now. The wifi here is the fastest I’ve ever used and I base this on the speed I can upload images . . woosh!
The  City Backpackers Hostel  Upplandsgatan 2a, 111 23 Stockholm, Sweden is NZ$403 for 7 nights, that’s $57 a night plus a single additional cost for linen, and breakfasts are 55 Krona NZ$8.80. This hostel is one of a chain of hostels around Europe called Europe’s Famous Hostels and I wish I’d booked the same in Amsterdam and Vienna.
This little example tells you a lot, I put some food in my fridge, (the visit to the local supermarket was an adventure, but that’s another story), and I put the food in the fridge, next morning there were little stickers on my items saying ‘Please label’, meaning, with my name and departure date – now, that’s efficiency, and so polite. There’s also a Free Fridge, plus there’s free pasta if you’re really broke and need a meal – very civilised.
Just a little touch, where you leave your shoes in the alcove area there’s a sign saying, ‘If you love your shoes, take them to your room.‘ Which is so much more pleaseant than the alternative, other places might have a sign in the negitive, eg: ‘Theives operate in this bulding, leave shoes here at your own risk.’  The difference is what makes this place special – everything has been thought about – and that’s good design.
And tomorrow . .  I’m going to the design museum. 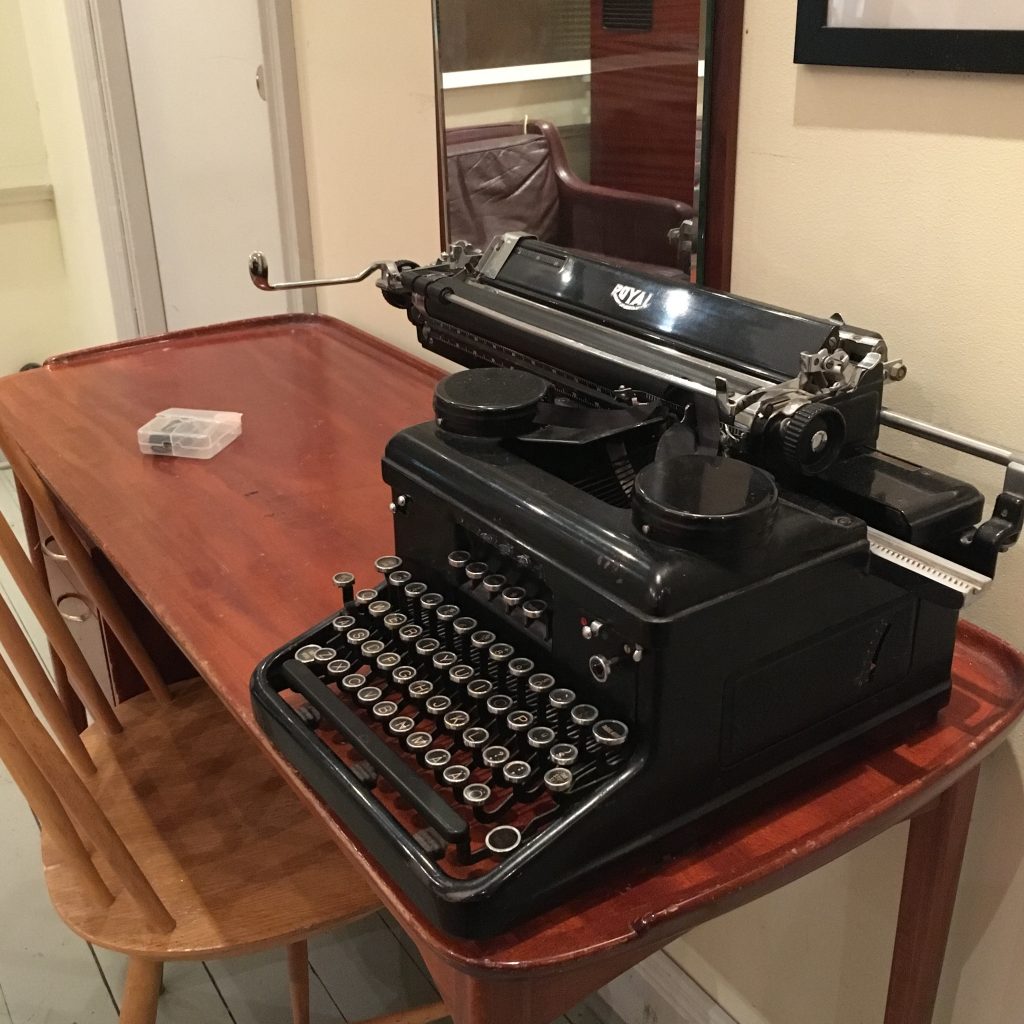 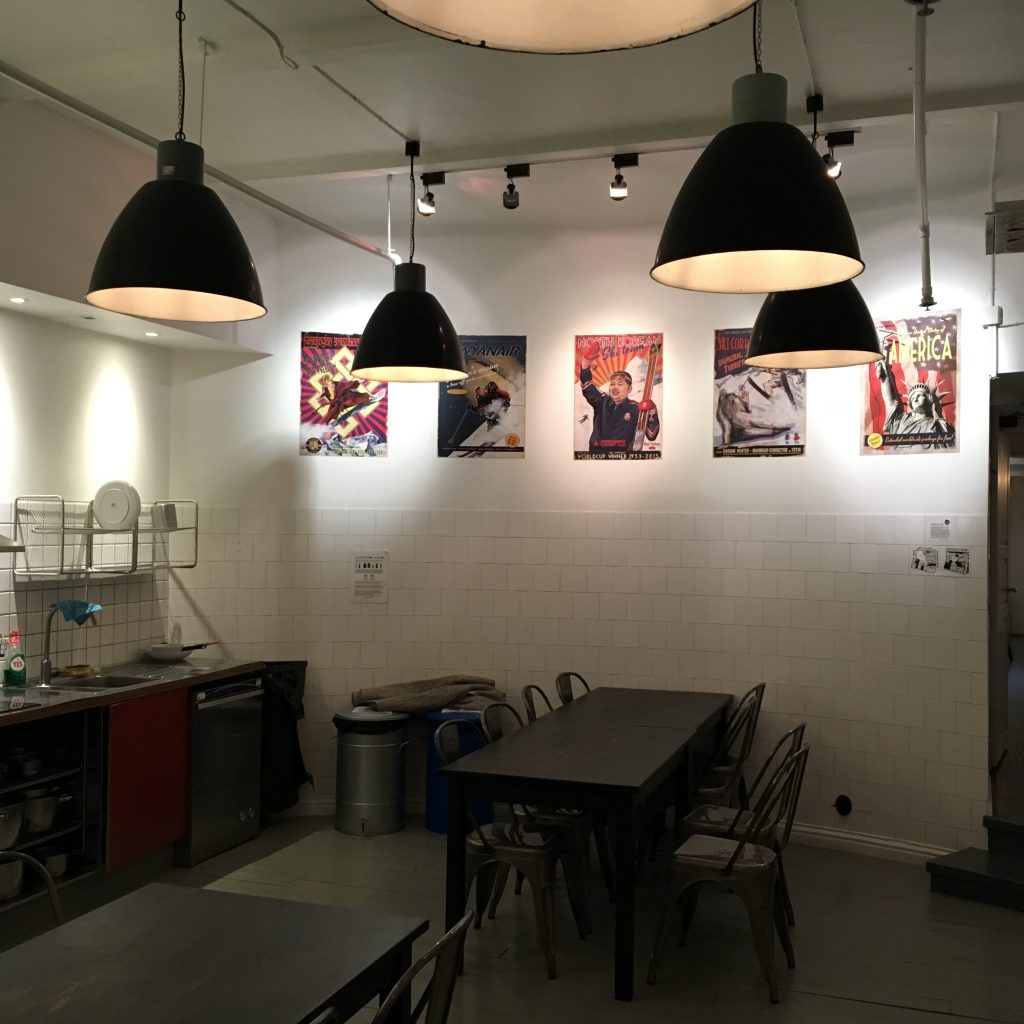